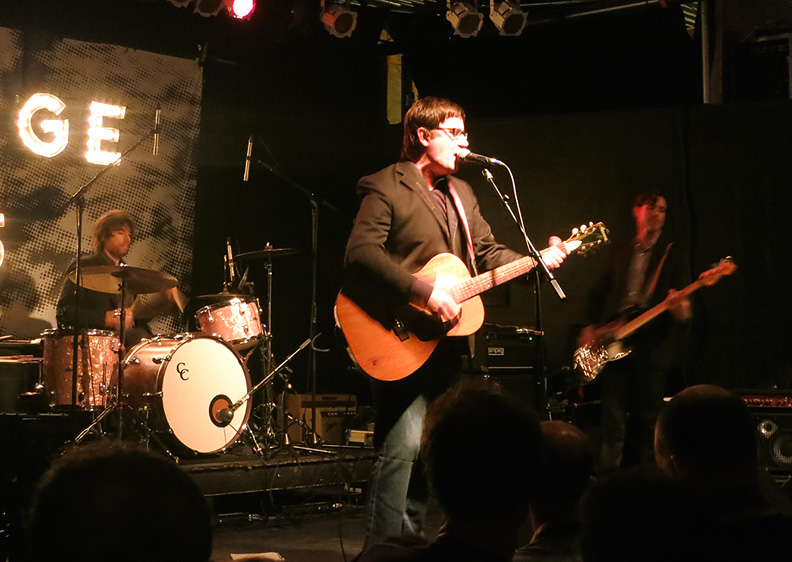 So many gigs I’ve attended in recent times have been spoiled by inconsiderate patrons blabbing their way through the performance that I’ve been considering giving up attending live music altogether. Too damn frustrating. Yes, I’m getting on a bit in years. Yes, I’m a bit sensitive to these things (only one sound at a time – please!). And yes, the onus has to be – at least in part – on the performer to win over the crowd and make them want to listen. But I still don’t understand the folk who pay good money at the door and then chatter all night, oblivious to what they’re (presumably) there for. I just don’t get it.

However, at the San Francisco Bath House last Friday were The Mountain Goats and a crowd which was as one. “Sshhh” was hissed and the singer smiled. “Quiet” was whispered and the audience chuckled. Respect. I really didn’t think it was possible – even the big ones recently (Steve Earle, Lucinda Williams) had talkers and hecklers, right next to or behind me of course. Every other gig I’ve been to at the SFBH has been tainted by chin-waggers – except, actually, now that I think about it, Loudon Wainwright. And John Darnielle of the Goats reminded me very much of Loudon – big presence, messed-up mind, acoustic guitar, autobiographical songs. The audience for the Goats was clearly a group of fans, and they paid their money and they turned up and they listened and indulged in a bit of banter and they got their money’s worth. And some.

Anyway, I’ve been ruminating (sorry) on the Goats’ gig as I prepare for a (booked out) house concert I’ve organised for this weekend. Frustrated, annoyed, exasperated by recent events at local (and other) gigs where attendees have been just plain rude and have spoiled others’ enjoyment, I’ve got the wonderful APRA-winning singer-songwriter Jess Chambers and her multi-instrumentalist mate Peter Hill playing right here in my lounge for a group of like-minded music lovers. There will be quality music, there will be responsible imbibations, some little nibbles at interval, and quietness – apart, of course, from the artists and the applause and the chatter at half time and before and after. At least that’s how I envisage it playing out. If it does, then my faith will be restored – until I’m proved right again at the next public gig.